Basements are cool and receive less natural light than other parts of your home, making them a breeding ground for common sources of unpleasant odors. If your basement smells, using a finished living space, completing chores or even just retrieving stored items means being assaulted by unpleasant odors.

Whether the problem is a musty smell that comes on in the summer or a pungent treadmill in the corner, bad odors can pervade the entire basement, and figuring out how to get rid of basement smell is tricky due to the large size of the space. Fortunately, we offer nontoxic basement odor eliminator solutions that can get rid of that stink for good.

Musty basement smells are common in the summer but can occur year-round. In most cases, mold and mildew are the causes of that unpleasant scent. Leaky pipes, increased humidity and areas of exposed dirt can cause moisture to accumulate in the basement. Then, conditions become optimal for mold and mildew to grow. In many cases, growth occurs in places you can't see, such as behind the walls.

The basement is a convenient place to keep your washing machine, but over time, that appliance can contribute to basement smells. Washing machine odors arise due to mold, mildew and bacteria. When you launder clothing, debris from clothes can become lodged in the seal, gasket and detergent dispenser of the machine.

In a cool basement, this can encourage the growth of odor-causing microorganisms. Not only can the foul smell make the basement stink, but it can also transfer to clothing, leaving your straight-from-the-wash clothes smelling less than fresh.

A cool basement is an ideal place to set up your home gym. However, most basements aren't well ventilated. That means that after a workout the smell of sweat lingers in the air, contributing to basement smells. Over time, even your treadmill, weight bench, elliptical machine or stationary bike may begin to stink.

Putting the litter box in the basement means your kitty has some privacy, and you don't have to see and smell it during your daily routine. But even though it's out of the way downstairs, the litter box can still cause problems. Because there's usually less airflow through a basement, cat box smells can linger and permeate the entire surrounding area.

To deal with musty smells, try our slow-release gel. This basement odor absorber continuously releases plant oils into the air as it evaporates. The powerful nontoxic ingredients neutralize the particles that cause that musty scent instead of just masking the odor. You can place the gel basement odor eliminator in any location to freshen the air in the entire space.

Keep in mind that if the musty scent of your basement was due to a serious leak or a flood, a basement odor eliminator most likely won't be enough to deal with the problem. Use the basement air freshener as a short-term solution while you schedule professional restoration services to remove the mold and mildew.

Our laundry booster is the simple solution for how to get rid of basement smells caused by the washing machine. Just pour a few capfuls into the washer during the rinse cycle. The plant-based formula neutralizes odor-causing molecules, so everything from sports jerseys to underwear to socks comes out smelling fresher.

You can also use the laundry booster to clean a stinky washing machine. Simply dampen a cloth with a little and wipe down the door and the inside of your washer to help keep odors at bay.

Your Basment Gym Smells. Get Rid of Those Odors.

If your basement has begun to smell like a locker room after the big game, our odor-eliminating spray can help without exposing you to harmful chemicals. Available in a variety of natural scents, the spray uses plant-based ingredients to neutralize odors. This means that, unlike a conventional basement air freshener, our spray doesn't just cover up the scent with chemical perfumes. Instead, it eliminates the scent particles from the air for long-lasting odor elimination.

Because our sprays are water-based and free of harmful ingredients, you can spritz them onto gym equipment that is most prone to odors. These problem spots include the padded grips and seats on various exercise equipment like stationary bikes or elliptical machines. You can also use it to refresh weights, fitness bags, sneakers and any other fitness gear that can also take on unpleasant odors.

Litter Box Odors Are Real. So Is Our Solution.

Fortunately, you can deal with litter box basement smells without having to use products that may harm your pet. Fresh Wave packs use natural ingredients like plant oils instead of harmful chemicals to remove odor-causing molecules. You can place the basement odor eliminator between the litter box and the wall or in another out of the way location to minimize unpleasant scents. The odor-fighting benefits last for 30 to 60 days, and the packs come in multiple scents to suit your preferences.

Although they work well on their own, our basement odor absorber packs are even easier to use with our odor-removing Fresh Pod. Add double-sided tape or non-permanent adhesive strips, and you can mount the slim pod on the wall above the litter box. Then, pop in a pack. The pod is reusable to cut down on waste. Simply remove the old pack, wipe off the pod and add a new one for an ongoing solution to how to get rid of basement smells. 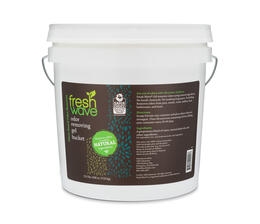 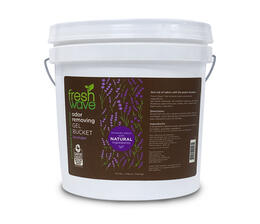 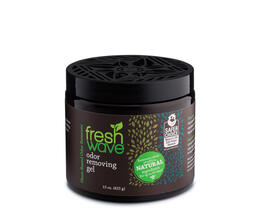 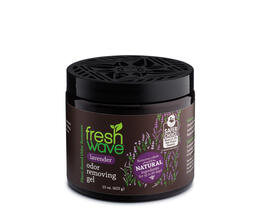 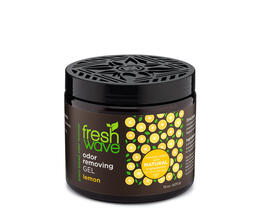 Odor Removing Lemon Gel, 15 oz.
$14.99 $40.47 $44.97
We use cookies to improve and customize your experience. You can change your cookie settings at any time, but parts of our site may not function correctly without them. Visit our Privacy Policy to learn more.